The China Study: Revolutionary Insights On Diet And Disease 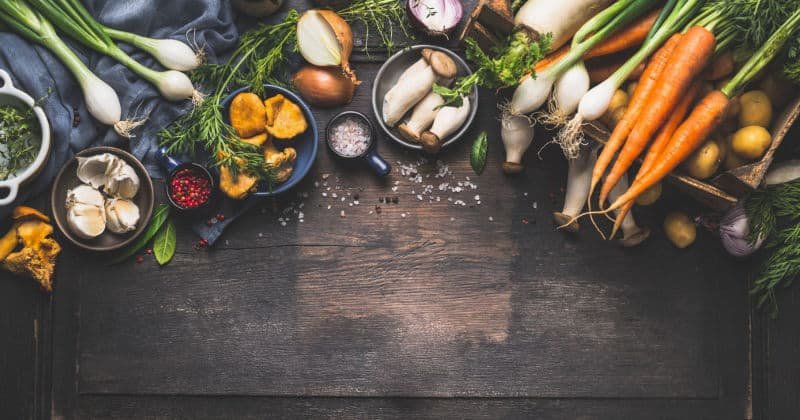 The origins of The China Study stem from the early 1970s.

During this time, the premier of China, Chou EnLai, was dying of cancer.

In an attempt to get more insight into the disease, he decided to initiate a national survey of the death rates of twelve kinds of cancer.

880 million people (96% of the population) participated in the survey across 2,400 counties.

It resulted in a cancer atlas of China showing that cancer was a lot more common in certain regions, while there was almost no cancer in other regions.

By contrast, cancer rates in the USA vary a lot less: From one part of the country to another, the cancer prevalence is just two to three times greater.

Even though 87% of the Chinese population at the time was from the same ethnic group, the cancer rates varied tremendously! This suggests that genetics may only play a small role in cancer.

Birth of The China Study

The survey sparked a lot of new questions about the cause of cancer.

Do environmental and lifestyle factors play a role?

The only way to find is to do a large population study.

That opportunity would soon come, in the early 1980s.

By chance, Dr Campbell and Dr. Shen (former deputy director of China’s premier health research laboratory) met each other at the right time.

When we were done we had more than 8,000 statistically significant associations between lifestyle, diet and disease variables.

The New York Times called The China Study the Grand Prix of Epidemiology!

Diet in Rural China Versus USA

The rural Chinese diet consists mostly of plant-based food, while the American diet contains a large amount of animal-based foods.

One of the initial findings of the China Study was the difference in the average daily dietary intake of rural Chinese and American diets:

Note: These numbers are standardized for a body weight of 65kg.

The difference in dietary intake and disease rates between rural China and the USA is enormous.

Taking a closer look at the differences among rural Chinese counties, the researchers noted many more remarkable insights.

The more economically developed counties had high rates of cancer, diabetes, and heart disease, while the rural agricultural areas had low rates of these chronic diseases. Also known as diseases of affluence or Western diseases.

In general, as people acquire more financial wealth, so do people start consuming more meat, dairy, and fat. Such is the case with the more economically developed counties of China.

On the other hand, infections, parasites, and pneumonia were more common in the less developed rural agricultural areas.

These diseases of poverty were a lot less common in the developed counties of China. In these poorer regions, people consumed a mostly plant-based diet.

This provided a nice foundation for researching dietary factors in relation to diseases and disease indicators.

What made the China Study different is that it also gave us insight into the dietary role in relation to disease.

As mentioned, The China Study had more than 8,000 statistically significant associations between lifestyle, diet and disease variables.

In medical research, there are no certainties, but variables can still be measured in levels of significance.

This way, we can get an insight into how relevant and truthful each variable is.

These are the three levels of statistical significance used in The China Study:

In the remainder of this article, we will discuss some of the core variables from The China Study and their statistical significance.

Some variables were below the 95% mark but still high in probability.

One of the strongest indicators of chronic disease was high cholesterol.

This variable has a statistical certainty of 99,9+% (level III), meaning that it is as close to the truth as possible in medical research.

The average cholesterol level in rural China was 127 mg/dL.

Compare that to the average cholesterol level in the USA: 215 mg/dL.

Some counties had average cholesterol levels of 94 mg/dL, while the lowest group average measured was a stunning 80 mg/dL.

As cholesterol levels decreased to 90 mg/dL, so did the following diseases decrease:

During a three-year observation period (1973-1975), there was not one single person who died of coronary heart disease before the age of sixty-four, among 246,000 men in a Guizhou county and 181,000 women in a Sichuan county!

According to Dr. Esselstyn, the heart-attack proof cholesterol level is below 150 mg/dL.

Next was to find out which foods affect cholesterol. The following foods and nutrients were associated with increased cholesterol levels:

These are some of the foods and nutrients that were associated with decreased cholesterol levels:

On the other hand, plant protein intake was associated with decreased levels of cholesterol (level II).

The China Study found that:

The average intake of fiber in rural China was 33,3 grams per day, compared to 11,1 grams per day in the USA.

These are some of the variables found in The China Study:

Antioxidant levels were recorded by measuring the intake and blood levels of vitamin C.

With this information, some striking correlations were made, including:

The China Study warns not to consume vitamin C in supplement form:

The triumph of health lies not in the individual nutrients, but in the whole foods that contain those nutrients: plant-based foods..

The statistically significant variables we’ve mentioned are only a small portion of the total amount of significant insights (8,000+).

All these associations combined appear to paint a clear picture: A Whole Food Plant Based diet offers optimal health benefits!

What are the odds that all of these associations (and many others) favoring a plant-based diet are due to pure chance? It is extremely unlikely, to say the least. Such consistency of evidence across a broad range of associations is rare in scientific research. It points to a new worldview, a new paradigm. It defies the status quo, promises new health benefits and demands our attention.

Want to read about the other insights of the China Study? Purchase The China Study book and specifically read through pages 69-108. In this article, we’ve attempted to provide you with a general overview of the China Study. Also, take a look at Dr. Campbell’s cancer in rats studies. The insight of that research led him to the China Study. Both studies point in the same direction: The more whole plant foods, the better.

Are you ready to to make the dietary change?